A Man on a Train 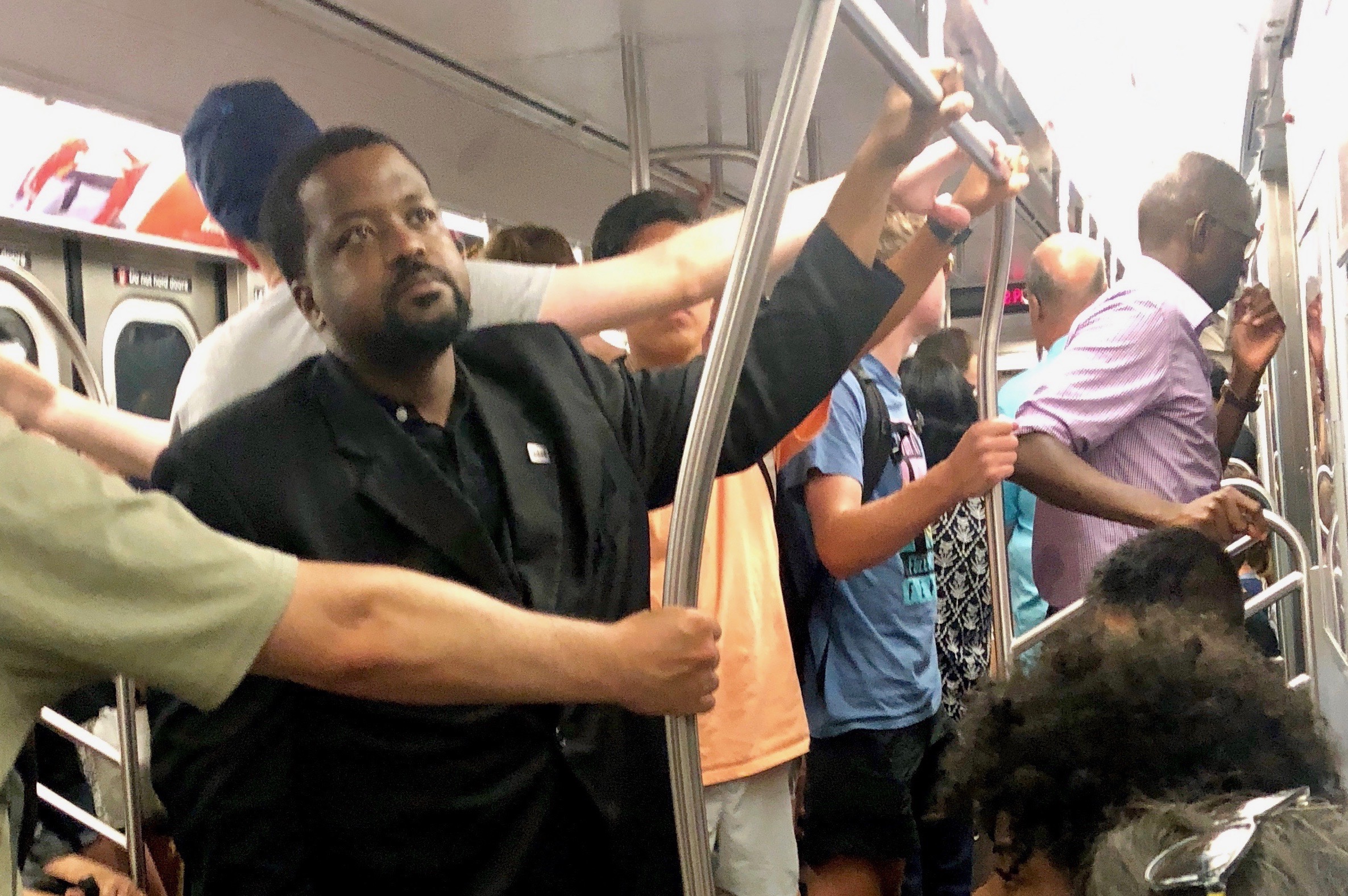 7:10 PM on a Saturday night. Getting on an uptown Q at Broadway & Spring.

Doors open. No one’s by the door to get off and I’m about to step in. Here one of those, you know, “oh-look-this-stop-is-ours” slow pokes and a girlfriend who for some reason is not wearing pants — just an underwear or a swim bottom — wake up and head at me. Their dazed gaze indicates they’ve “taken some on the chest,” as they say in the country I’m from. They could even be my compatriots returning from Brighton — it’s an uptown Q after all and the couple looks parched.

Suddenly, these loud “YO! YO! YO!” are rolling after them — louder, closer — taking me out of the book I am listening to. A man in a black suit sticks his foot in the door holding it open and keeps yelling at the two. What the hell did they do to cause this? Is it a fight? Terrorists? Unsupervised suspicious bag on a train? Someone got mugged? Should I stay or should I go? Damn.

The man in a black suit stretches out his hand. What’s in it? Hope it’s not a gun.

It’s not. It’s a stuffed wallet and a ball of cash. The man shoves all that into the hand of the dumbfounded slow poke and returns back to his place in the middle of the car.

It takes a few moments for the slow poke to realize that his entire identity slipped out of his back pocket onto a subway seat and was just gifted back to him by a stranger. As the dots slowly connect in his head, the doors of the train close. The slow poke tries to get back in but could only press his face against the window and conjure a look that obviously means love.

The train takes off, New Yorkers and guests of this wonderful town place their noses back into their phones. I can’t stop staring at this guy in a black suit thinking about that sinking feeling when you reach for your wallet and it’s not there. 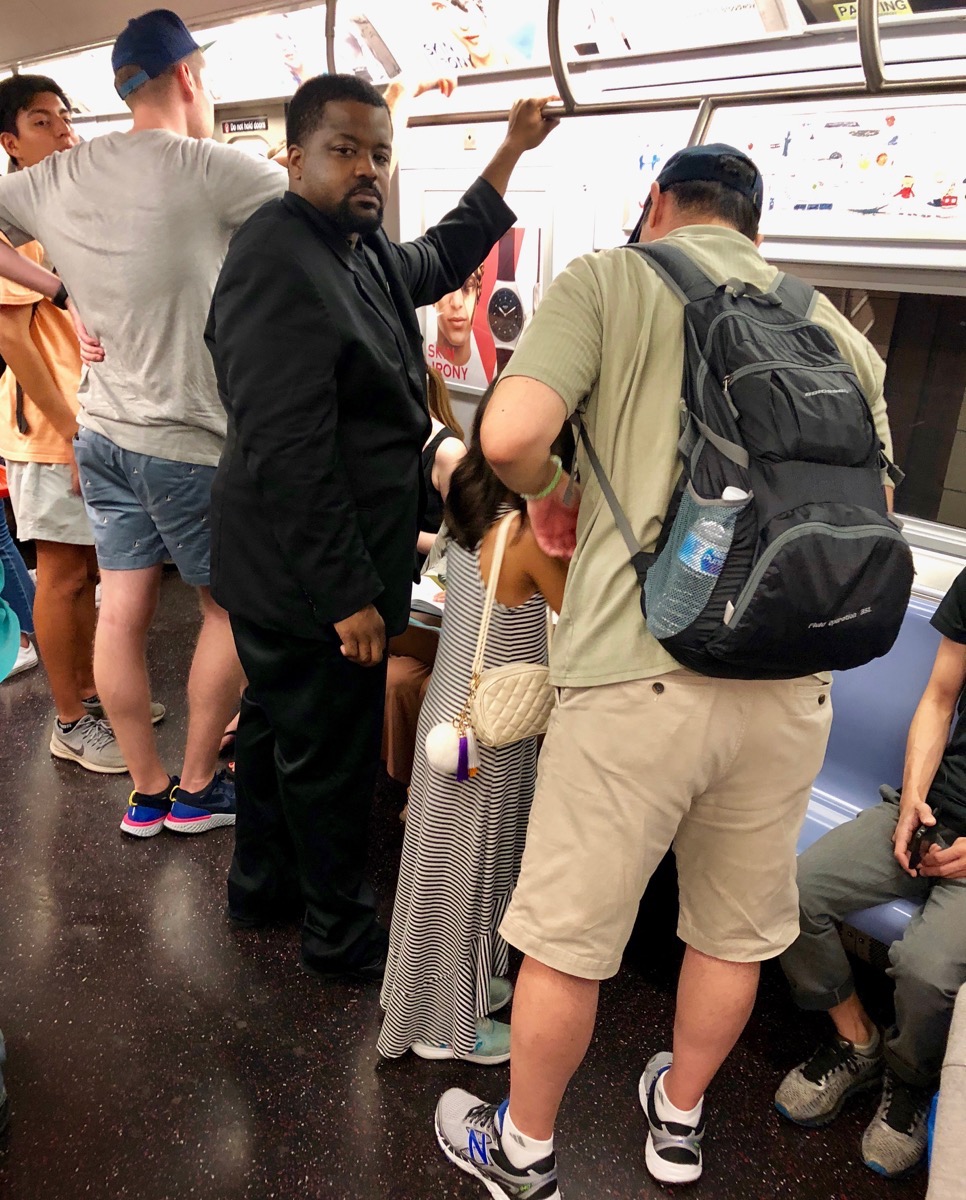 If you see this man, do something nice for him, because he just saved someone’s week, maybe more.